The franchise with the fast cars and furious driving gets its own spin/off but is it more Tokyo Drift than Fast 5?

As the film world awaits for Vin Diesel and co to head off into space, because lets be honest, that is where the franchise is heading-hey if its good enough for James Bond– the juggernaut that is The Fast And Furious brand spins off its first spin/off that has a lot of bickering and, well even more bickering.

From doing the unforgivable and turning Jason Statham into a sort of an anti hero after killing our favourite Han, which even if Dom can forgive him, I am telling you, we can’t. We now having him team up with Dwayne Johnson’s Hobbs to save the world once more from a ridiculous plot with an even more ridiculous bad guy.

How did we get here? Well that scene in Fast 8 where the two characters bicker and then escape from prison was such a good set-piece that someone had the brain wave of setting their own film up, which might have seemed good on paper, but nearly two hours of non stop verbal insults to each other, obviously becomes nothing but a tedious bore.

Plot-wise, well its paper thin with more thought going into outlandish set-pieces than offering some sort of logic for the viewer to munch on. Eteon is the film’s Spectre, a shadowy organisation who have taken on board Brixton Lore (Idris Elba) and made him into a Marvel Superhero. Well not quite, but with a special suit and implanted with some machinery, like its commented in the film – nothing more like a Terminator– whose Dark Fate (sorry) is to unleash a virus, killing millions of people around the world.

Luckily a M16 agent Hattie (A rather impressive Vanessa Kirby) gets her hand on it and injects herself with it to keep it safe and out of harms way. With the world in danger, both Hobbs and Shaw against their will, need to work together, find Hattie and stop Brixton.

That’s it! What follows is a basic A to B, back to A and then B story-line that tries hard to be funny and sadly misses its mark, which is a shame. Statham who showed in SPY that he can do comedy, seems lost in how to play this character now. Is he a hero? A bad guy? The balance is off, while Johnson rolls off his wise cracks with ease, puffs out his enormous chest and uses his eyebrow to full effect!

I get that fans will love it and that there is some old fashioned fun to be had, but while the box-office probably needs a great buddy/buddy movie, sadly Hobbs & Shaw fails to offer anything new to a genre that was very popular many years ago but long reached its sell by date by the time we had to witness Whoopi Goldberg having to team up with a T-Rex to solve a murder!

Hobbs & Shaw feels like a film from the dying end of that period, not something wanting to inject new life into it! Bombastic set-pieces one after another may please those who are happy to see a man able to hold a flying helicopter with just a chain and a huge bicep, but for those looking for a film that has some heart to go with the bangs, will have some a faint hope that Bad Boys 3 can offer it come next January

Two Hatchets Out Of 5 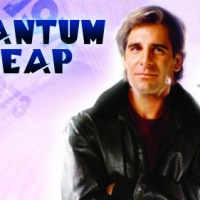