Hoping to copy the success of his other iconic character, Stallone returns as John Rambo for what could be the final time, in an entry that everyone involved should hold their head up high and quote Rambo himself by stating that this sequel is ” Your worst nightmare!”

Having loved every entry since 1988, watching John McClane team up with his son for an adventure in Russia and killing off the Die Hard franchise with such a horrible and ghastly unwatchable tale, I was hoping that I would never feel like that again.

The last time we saw this character was way back in 2008 in a fourth film that boomed with old school violence and actually had a Rambo that we knew and love. The ending in which he finally came home, left a massive opportunity for a story to go in a new and interesting direction and I was honestly excited to see how the next and final chapter would unfold.

Sadly even before the opening credits have rolled, there is a sense that something is amiss. Its a peculiar start in which Rambo turns up on a horse to help a couple trapped in a storm. It doesn’t feel like the character we all know and love and when that plot ends without really meaning anything to the eventual plot, we are subjected to an attempt to inject some sympathy for our hero.

John is suffering from PTSD, popping his pills and building tunnels underneath the farm for reasons that obviously hint at where we are heading to when we get to the climatic battle He also has an adopted family in the shape of Maria ( Adriana Barraza) and her granddaughter Gabrielle (Yvette Monreal).

For reasons only known to the writers, the film becomes like a much darker version of TAKEN, with Gabrielle disobeying John and Maria’s wishes for her not travel to Mexico to seek out her real father.

In the space of 10 minutes of her arriving in Mexico (the film is at a rush at this point) Gabrielle is kidnapped, raped and entered into a sex-trafficking ring, which makes Rambo jump on his horse and cry “I will find you and I will kill you” – OK this does not quite happen, but you get my point!

Not needing any detective skills thanks to one of the most horrendous and laughable scenes of 2019, Rambo finds out where Gabrielle is and a rooftop showdown threatens to make the film interesting, before we once more get a stupid 20 minutes that is so sluggish, followed by an absurd dark turn that sets the climax into a demented remake of Home Alone.

There is nothing remotely interesting about this film. While I mentioned earlier that the last sequel thrived on being an old school action blitz, this seems just…..old hat!

Apart from the Creed films, Stallone’s recent films have been slowly entering the straight to DVD Marker (Escape Plan) and if this did not carry the title of RAMBO, then you’ll be questioning why it got released for the big screen.

Honestly its a terrible movie! There is nothing original or exciting and is so far removed from the character of Rambo that you can see why the creator of this character has gone on record to say how embarrassed he is to have his name associated with this!

The biggest crime is the final credits where we have a montage of the previous films and they unwisely remind us just how good First Blood was. The 1982 original is still one of the best action films and Stallone much like in Rocky six years previous, is unforgettable in the film.

After watching Last Blood, you just want to erase every memory of this shambolic finale and you just have this slight hope that for all the recent franchises that have ignored their previous films, Stallone may pick up a pencil, write something better that erases this sequel and gives John Rambo a send off he and us fans, richly deserves. 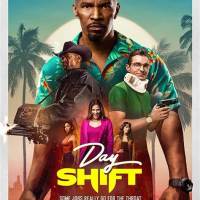