It started with a glance!

The TV which had been rudely ignored up to this point caught my attention when the news reporter said a line that will now forever be etched in my mind:

“A mystery flu like virus is worrying those in…..”,

It was only nine words and as soon as i heard it, I glanced up, but was soon back on my phone, wasting precious moments of my life by endlessly scrolling for no need!

It’s strange thinking back to that moment. It was like something deep inside me made me aware of what was to come, an instinct that I rudely ignored as life had been straight forward up to then.

With the horrific brutality of the two World Wars now served up as history lessons, a generation has become accustomed to an easy life!

“What shall I wear?, What shall we eat”, the internet is down” are a few of the mundane problems that arise in modern day life and how we all just took it for granted!

That tiny news report escalated in a few weeks. Soon everyone was aware of something happening, but again instantly dismissed as it was somewhere else, an arrogance to the developing problem.

But then it did came! It was our problem and soon the real horror of the crisis emerged.

Supermarkets stripped bare with excessive greed. Trollies filled with endless amount of items which left me wondering “why does anyone need 20 packs of Toilet Rolls and 8 chickens?”.

The haunted image of the old, walking aimlessly down each aisle, with nothing but barren shelves to look at, will forever be etched in my mind!

The poor NHS worker who has spent the last 24hrs on a continuous shift, saving those in desperate need, wondering how they will cope once they finally have that brief time home, with everything taken out of their hard-working hands!

Parents taking advantage of the school closures by having endless amount of social gatherings, treating it like the usual six week summer holiday has been extended!

And now six months on, I look out of the window to my kids finally basking in late Autumn sun, self isolation, nothing but a memory for us all.

Thousands are sadly dead! Families are in mourning!

But as the “we survived the Virus of 2020” starts to gather all over Social Media, a sadness is cast over my soul!

Times of past and in the future will show Virus emerging to threaten us all, but the greed and selfishness on show during the crisis, watching the old, leaving empty trollies behind, confused and bewildered at what was happening, shows the true legacy of this pandemic!

In that the real horror of 2020 was a year when humanity itself, was lost and the devil himself had showed his hand! 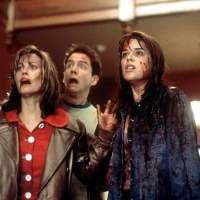