Remembering when Tom Hanks starred in a horror film that may have flopped at the box office....but has become a rightly deserved cult favourite!

The best way I can describe The Burbs is that its probably the ultimate horror film that all the family can watch.  Joe Dante is probably the only director alive that can get the balance of horror right when it comes to family orientated scares and while his 1989 effort does not quite match the chills of his last kiddie horror The Hole, its still an almighty fun film that is now regarded as one of the best cult movies of all time.

The tone of the entire film is amazing, because in between the gentle fare, a dark side emerges, given the viewer a glimpse of sublime horror but just has it pokes its head out, it goes back into the shadows, yes…The Burbs is a rightful tease that would frustrate if it was not for the huge beaming smile that you will no doubt have across your face.

It helps massively that the film is rich full of talent that you can not help but love.  Tom Hanks was beginning to test the water away from the likes of Big and while the world was not yet ready for his life of a box of chocolates or his trip into space, The Burbs was a great middle ground to move into adult fare.

Yet The Burbs for all its dark side starts like a normal film, one of Parenthood comparisons that fools you into thinking of a sitcom setting, where the laughs would come from adult set-pieces and of Tom acting a fool.  If you have never seen the film before or even set eyes on it, then you be surprised at how quickly the film changes tone.

We start with a look at the burbs, the street in which Ray (Hanks) is standing outside, talking in the chaos that surrounds him.  We see a combat wearing Rumsfield (Bruce Dern) taking care of his lovely green lawn while his wife sunbaths in the background.  His clean lawn ruined by the dog next door who has taken to using it as a toilet which results in an argument with the owner Walter (Gale Gordon) who wears the most ridiculous toupee in cinema history.  This feud first thing in the morning, upsets Rumsfield’s usual tradition of raising the American Flag which stands proud on a pole outside his house.

Also watching all this unfold is Art (Rick Ducoommun) Ray’s friend, who spends all day drinking and nothing else.  The very young Corey Feldman lives further down the street, his character Ricky likes to party and cause mischief but a good boy at heart.  Its a mixture of characters that you can help but feel the energy come from the screen, the chemistry is electric and one of the reasons why the film is still popular to this day, if the actors seem to be having fun, then it transcends through the screen and it seems that Hanks and Dern are really having a blast.

The chaotic life that lives on that street seems calm until the only house which is empty gets new residents and what started as a mid life crisis comedy soon transpires into something else all together.

The moment the difference of tone starts to develop you can pin point, its what sets The Burbs from a typical comedy to that of something special.  I am talking about the night scene in which after the residents move in and the regulars try to guess who are they and what they like, Art turns to Ray and starts to tell him a story about a local Ice Cream Seller who went by the name Skip.

Every horror fan worth their salt will tell you that one of the greatest moments in horror is the time when Phoebe Cates tells the story of when her father tried to surprise her one Christmas in Dante’s earlier effort Gremlins.

It really is a dark and quite disturbing moment and one that everyone remembers for it being so “dark” in film that was being tagged for children.  Kudos towards Dante for nearly matching that effort, because when Ray starts to tell the story of Skip, its a time for all horror fans to rejoice and somehow the film grabs hold and shakes out the build up of comedy and sprinkles the dark side that you can not help but marvel.

The Klopeks move in and soon strange noises are heard in the middle of the night,  The guess work begins and soon the film shows the power of the imagination.  Who are these people?  What are they doing in that house?  Its plays on the human instinct and of our fear of the unknown and not knowing!

Everyone who has lived on the same street for years are always wary when new residents arrive and its like a desperate need to know everything about them, so when they keep their business to themselves and come across a little bit “strange” its only a matter of time before rumours begin.

Things are not helped when a toupee is found and Walter is nowhere to be seen and the regulars, lead by Hanks begin to suspect the Klopeks of wrong doing! It all builds to the neighbours trying to break into the their home, but what mystery lies in the basement, and are Klopeks just normal oddballs or blood thirsty killers?  Its going to be fun to find out!

The film is so simple with design that you can not help but be delighted. An opening logo of the Universal Pictures sign that morphs into the film is the start that you know something special is happening here, and while the lack of blood and probably scenes of gore will make die-hard fans judge this as nothing more than a Goosebumps extended episode, they are in fact missing the point.  The intelligence is in the cracking dialogue and the build up of suspense, added to the clever riffs on previous horror classics that will thrill you with delight.  Rosemary’s Baby and The Texas Chainsaw Massacre are two that come to mind when writing this review.

The Burbs is a showcase of a talent on top of their form, from the cast (Its the late Carrie Fisher’s best role away from that Space saga) to the director and its to their credit that for a film now over thirty years old, still feels fresh to this day and with the concept of Paranoia running through the veins, how more appropriate to today’s standards when all we do is complain that Big Brother is watching!

The Burbs really is a film that deserves to be found by a whole new generation…. 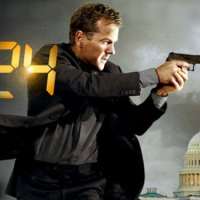 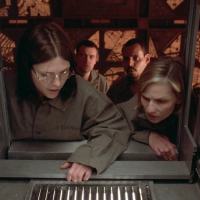