In this homage to 80’s horror, a young boy, suffering a tragic loss and being bullied in both school and at home, gets an unwelcome surprise when a Vampire moves into the Shed outside his house,

Your enjoyment of the easily titled The Shed could go both ways. You can either embrace the massive plot flaws that make you question what is happening, or let the inconsistences engulf your viewing pleasure and have you reaching for the off button? It be a shame if the latter happened to you, because underneath the frustrating aspects of the plot, this low budgeted horror flick by director Frank Sabatella is at times a delightful ride.

The film wastes no time setting up its premise, with a strong and effective opening in which we see a man (Frank Whaley) being chased through the woods by an unknown creature, that eventually reveals itself to be a vampire. Bitten but alive and trying to escape the rays of the morning sun, the man stumbles onto the home of teenager Stan (Jay Jay Warren) and takes refuge in the shed outside.

The way it establishes its premise in such a quick and simple fashion was a freshness I had not seen for a while. There is no getting bogged down with difficult and needless scenes, instead the simplicity on show had me hooked and I was already looking forward to seeing what would happen next!

Like all decent horror films, Sabatella takes his time before we get to the next murderous scene, instead offering up a slight slow burn in which we get to know our troubled hero Stan, a young teen who has suffered a tragic loss in his life and who is now living with his abusive grandfather Ellis (Timothy Bottoms).

School life is just as bad with the local bully (Chris Petrovski) taking great delight in tormenting both he and his best friend Dommer (Cody Kostro) with only his budding romance with Roxy (Sofia Happonen) giving him some much needed respite.

For a horror about a Vampire hiding in your shed, the film packs a lot of emotional weight behind what its trying to create. The characters are engaging and its well written with believable exchanges between the young crew and it helps massively that you do end up caring for Stan and hope that he survives the eventual terror he is about to face!

When Stan discovers in unfortunate circumstances what is residing in his shed, then the film moves up a notch. Its here that despite the strong start some plot vices may begin to frustrate the more demanding of horror fans.

For instance, why doesn’t Stan just phone the police? How can the Vampire smash through the wooden door in attempt to grab Stan, but can’t smash through it in the middle of the night and escape? A few more situations frustrate more than delight and the overuse of “dream frights” really begin to irritate, but there is something so delightful and comforting about The Shed, that I forgave that nagging doubt in my head.

Stan needs to get rid of this unwelcome visitor but somehow drags his only few friends into the danger with Dommer wanting to use the monster to kill the bullies that haunt their lives. Morally, who lives? Who dies? Adds even more zing to the plotting!

Maybe its the obvious love of 80’s Vampire films in that can see Sabatella clearly has for the genre, that carries the pleasure of the film. With nods to the likes of Fright Night and Near Dark, to the eventual climatic showdown that is clearly influenced by The Lost Boys, for a fan who was brought up on these films, then you can understand why you be swayed by what is happening.

With the setting purposely vague but with a cheeky Ferris Bueller nod on show, I am guessing late 80’s, The Shed offers up a delightful nostalgia trip back when Vampires were scary and weren’t handsome jocks and falling in love with young girls called Bella.

A dumb decision by a character before the final battle may have cost the horror an extra star below as it only serves to move the plot forward and is somewhat questionable, but despite the many flaws, The Shed succeeds by being efficient in what it sets out to do.

In that its a delightful and entertaining horror that harks back to a golden age when Vampires ruled the 80’s box-office and for that reason alone is why The Shed will find love in the hearts of many horror fans out there! 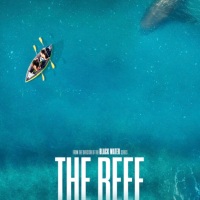 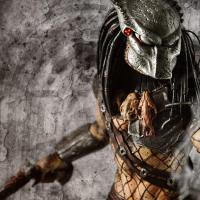 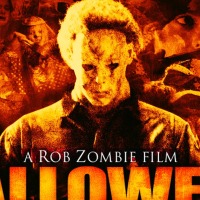