When news broke that Harrison Ford was reprising his role as Indiana Jones for the fifth time, many fans were delighted that he would have a chance to put right what the much criticised fourth film got wrong.

Since then, Ford has reprised his other iconic role of Han Solo as yet another Star Wars trilogy has came and gone and yet news of Indy have been somewhat scarce, with fans really waiting to know what’s happening with our favourite archaeologist.

Last year’s news that Steven Spielberg will not direct for the first time and that Logan’s James Mangold will take over is the only information we have had and now producer Frank Marshall has been given an interview with the guys over on Collider and he addresses the directing change and gives us a brief update.

He states that the script writing is in the early stages but went into more detail regarding Mangold.

“His love of the franchise. He’s a wonderful filmmaker. I think he also has a relationship with Harrison. It was all of the right pieces coming together, at the right time.” I must agree with Mr. Marshall — I think Mangold is an expert at twisting old-fashioned genres and tropes with just enough postmodern intrigue to result in comforting yet challenging Hollywood movies. And for those who are still worried about Spielberg’s exit, fear not: “Steven is staying on as a producer, so we’ve got the best of everything.”

You can read more of his interview over on their site and as of yet, Indy 5 is still planned for a 2022 release. 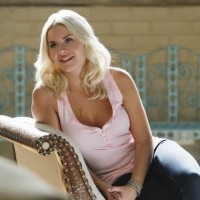