After a much longing from Zack Snyder fans, his vision of Justice League will finally be shown on HBO Max next year and that has lead to many Suicide Squad fans demanding the same for David Ayer’s vision of his film, that was butchered by the studio before release.

As Ayer said a few weeks back “It would be incredibly cathartic for me. It’s exhausting getting your ass kicked for a film that got the Edward Scissorhands treatment. The film I made has never been seen.”

The question was asked to HBO Max boss Tony Goncalves during an interview with The Verge if the proper version of Suicide Squad would ever be shown?

“Look, [the Snyder Cut] definitely [is] not a precedent,” he insisted, adding: “There’s different types of fandoms. There’s the fandom you just described, and there’s other fandoms.

“My reference to the fandoms is the fact that we’re in a space where consumers are loud. Consumers guide, and we absolutely have to listen as industry. I had a boss that once said, ‘Industry and consumers aren’t always aligned, but consumers do tend to win.’ It’s a fine balance.

While he doesn’t deny the possibility, his response doesn’t really fill us with promise either, our guess is, if the new look Justice League gets the praise and makes a huge success for HBO, the no doubt other parties will get interested at this approach and then maybe, Ayer’s Suicide Squad will get to see the light of day. 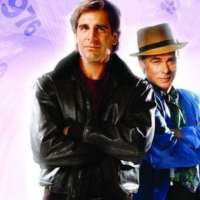