After Bale and Ledger, alongside Nolan, finally put Batman back on the map after the disaster of Batman and Robin, it was hard to see where the Gotham franchise can excite us next, despite the best intentions of Ben Affleck and his Justice League team up.

Then Matt Reeves shows off the first teaser footage of The Batman and all of a sudden I am like an excited like I was way back in 1989, when Michael Keaton was first glimpsed as The Dark Knight.

Despite the film only being 25% shot, we have enough footage to get a mouth watering taste of what is to come, with a fully suited Robert Patterson in the lead role, glimpses of Paul Dano as The Riddler, Zoe Kravitz as Catwoman, a totally unrecognisable Colin Farrell as Penguin and a real good fight scene that can make us wonder what else is there to come.

No release date yet…..but the countdown to the return to Gotham City with a fresh faced Batman is on…… 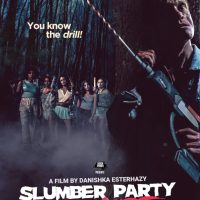