Another day, yet another Found Footage horror from 2018, which will have lovers of the genre, smiling at the simplicity on show, but for others, frustrated by the shaky ending…..

Its always hard to review a Found Footage horror after there have been so many to hit the market, with nearly 95% all offering the same blueprint to what we have seen countless times before.

If you are now sick of the format and believe its a dying breed then films like The Lost Footage Of Leah Sullivan will no doubt leave you cold and you’ll have no interest in watching, but if you are like me and still discover some hidden beauties among the trash being released, then you may get some enjoyment.

What I liked about this film is the simple approach that does offer some genuine creepy moments that had me going “WOW!” as the storyline itself builds a momentum towards some much gained unsettling moments, adding a fear of impending doom that most FF films fail to generate,

Spoiler alert, the film starts with the typical caption that reads “This camera belongs to Leah Sullivan, and the person who found it fears she might be dead”. Who found it and where is never really explained, as we just head straight in to the footage that is found on the said camera.

Leah (Anna Stromberg – who also co-wrote and co-directed) is a an aspiring Newporter who returns to her hometown to make a documentary about an infamous unsolved murder case -The Mulchany Murders- a family that were slaughtered over 30 years ago, found at their home with parts of their bodies missing.

Much like Blair Witch and countless others, the majority of the film is of Leah interviewing those around her who remember the killings and knew the family, and the stories surrounding the case. People like her aunt Margaret (Maureen Keiller), who also just happens to have a piece of evidence stored away after all these years just for the convenience of the plot which will bring groans to many watching.

Teaming up and flirting with Police Officer Patrick (Burt Grinstead who also co-wrote and co-directed) the duo realise the more they dig, the more they uncover and the heartbeat of the film is the engaging performance of the duo that help move things along when there is a lull in the danger.

How the film generates the terror is wonderfully done. The house where the murders took place is still standing, left abandoned and even when Leah visits the house at the beginning, eagle eyed viewers will spot something lurking in the background.

Its those fleeting moments of the horror that awaits that makes this stand out from many and who doesn’t love a great serial killer storyline? But if you think I am about to give this a glowing rating, the last 20 minutes fail to match the ambition on show.

Leah and Patrick for no apparent reason, decide to make stupid and quite frankly idiotic decisions to get them to the point of no return and its their actions that will frustrate many watching who will not believe the lunacy on show.

And then, when the shit does hit the fan, the shaky cam is so notoriously bad that you honestly can’t make out what is happening, therefore removing any suspense or thrills for those who have waited patiently to get their rewards.

Which is a crying shame as up and until then we were heading for a FF horror that stood out proud among the hundreds, but by failing at the final hurdle, what we have is yet another within the genre that purists will lavish the praise, but many other horror fans will be left wanting….

3 thoughts on “The Lost Footage of Leah Sullivan” 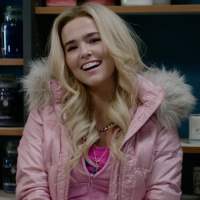