A gore-drenched heavy metal revenge nasty style thriller that lashes the blood for its core audience…..

There will be an audience out there for this nasty horror style thriller that is no doubt proud of its rock themed soundtrack and its call-back to the 70’s style revenge flick era that cinema was once proud of and while I do not doubt its appeal, for others, they will find a film that is downright nasty whose female characters are mostly served as intended victims or strippers to appease men’s whim.

Coming across first like a darker version of the underrated DEATH SENTENCE but ramped up to the extreme, before moving on to something else, THE RETAILATORS is served fantastically well by a stellar performance by Michael Lombardi who stars as Bishop, a respected pastor who lives a simple life, who turns against violence as shown due to an unfortunate incident regarding a Christmas Tree, but when his daughter is brutally murdered not long after witnessing a violent crime, his attitude towards life begins to change.

It’s here that the film which has three directors at the helm tries to have his cake and eat it, by sort of offering a central lead going through grief of the worst kind, to quickly switching to a blood soaked horror rock fest – yes the tone can be jarring, nothing says this more than the odd opening gambit that threatens on offering a much different film, if you somehow manage to get on-board, you’ll no doubt be swept away as the carnage unfolds into extreme violence.

Bishop’s life changes when he discovers that the lead detective of the case has taken inspiration from either JIGSAW or Dexter Morgan by creating an underground bunker to punish criminals, so when Jed (Marc Menchaca) offers the father to exact revenge on those who killed his daughter, most notably local criminal Ram Kady, (Joseph Gatt), a cleverer film would ask “what would you do?” especially as Jed himself is recovering from a trauma where grief has been overtaken by anger, but instead the film decides to go down the path where blood is spilled and when the violence hits, somehow The Retaliators comes alive with delicious glee.

The heavy metal soundtrack may make you feel like you are watching some movie from the noughties and the odd cameos from rock stars like Tommy Lee, Papa Roach and Five Finger Death Punch will delight those who love their bands, but a shrug for those not in know, but in-between the gore and tunes, this is nothing more than a nasty revenge piece that will either delight or frustrate.

Lucky for myself, I am easily pleased as soon as I see body parts flying across the screen….. 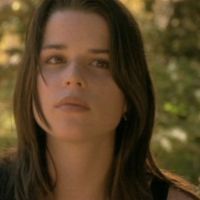 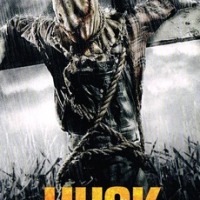