Rumours are surfacing that JJ Abrams is planning ahead for his DC World and that high on the list is a new Superman and a Green Lantern film.

What’s being said is that JJ is looking at a younger actor to take over from Henry Cavill.

The story comes from Cosmic Book News who reported this:

“I’ve been told that Abrams will take on Superman and Green Lantern first and that he will recast with a younger Superman.” Matt McGloin’s source tells him, “Superman can’t be older than Batman.”

With the Matt Reeves The Batman going for a younger look with Robert Pattinson now in the lead role, this unconfirmed story holds a bit of weight And it seems that over the last few days, DC have really began to move the wheels on their rebooted world.

Jeffery Wright has already been confirmed as the new Commissioner Gordon while it’s rumoured Jonah Hill is being eyed for either The Penguin or The Riddler role. 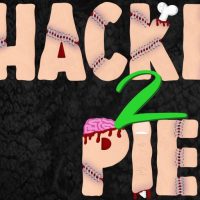